Many mainline Protestant Churches are aging. One in three Episcopalians is over age 65 and another 40% are age 45-64. Congregations will see a large increase in those with dementia and their family members or friends. It is important to prepare congregations to be able to minister to people with dementia and their loved ones, consistent with their being full members of the Body of Christ.

Congregations can help to alleviate stigma and embrace those living with the disease and their families, and teach in a way that provides affirmation that “nothing can separate us from the love of God.” The Church can teach us to be open to learn from people with dementia. Theologically, the Church can offer the gifts of its teachings about love, personhood, salvation, fruits of the Spirit and caring for others as a transformative spiritual path. There is at least one example of an Episcopal Church providing space for a Memory Café – a place where people with dementia can go with their care partners to socialize and have fun with others in similar circumstances.

In England, the former Prime Minister David Cameron called for 1 million “Dementia Friends,” that is, people who were willing to take a 40 minute training to become versed in the language about dementia. The response was overwhelming, and now they are calling for 8 million.

In the United States, the Dementia Friends movement has just kicked off. Please take the training and become a Dementia Friend!  In the U.K. and, more recently, in the U.S., there is also a movement to nurture dementia-friendly communities involving business, emergency responders, police, care homes, civic organizations, government, hospitals, churches and others. Dementia Friendly America was kicked off at the White House in 2015. Prince George’s County and Montgomery County in Maryland are participating.

David Cameron is also calling for half the churches to be Dementia-Friendly by 2018. The idea for dementia-friendly churches is to be open and welcoming to people with dementia and their families. This work has been led in England by the Diocese of Lichfield. The Rev. David Primrose, Canon for Transformational Congregations, led a training for 90 clergy and is now educating parishioners. In the photo, he leads a training at St. Alrewas Methodist Church in June 2016. 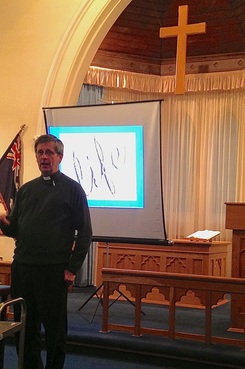 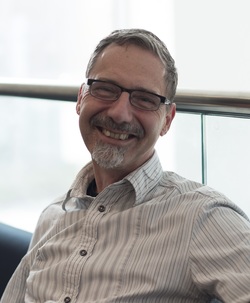 The Rev. Robert Friedrich is the Dementia Support Officer of the Diocese of St. Asaph, Church in Wales. 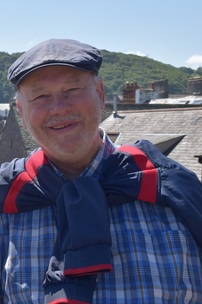 The Rev. Dr. Margaret Goodall has led this work in the Methodist Homes in England, and is a well-known author and preacher in this area. 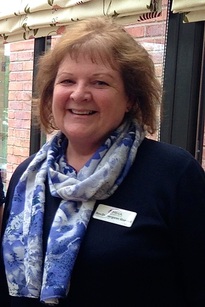 Mr. Ben Bano started the programs “See ME rather than dementia” “Welcome Me as I Am” and “It’s still ME, Lord” for Caritas Social Action Network (the social action arm of the Roman Catholic Church in England and Wales). 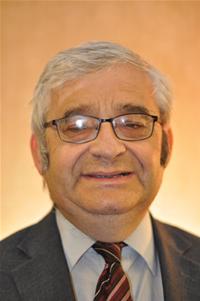 In September 2016, we led a meeting at St. Margaret’s Episcopal Church in Washington DC entitled Creating Dementia-Friendly Churches. One community leader said, “I like working with church people because they have hope and believe they can make a difference.” Another participant said, “I used to think I would rather die than live with Alzheimer’s, but now I see that my relationship with God would continue to grow and that life is still worth living.” Another participant wrote, “Spirituality is a distinct aspect of identity even in the midst of dementia; churches have a unique role in supporting this.”
Many of the ideas on this page came from the practitioners in England and the 2016 meeting at St. Margaret's.